Choreography presented at Gésù in Montreal, on 28th February 2009 during the Festival La nuit blanche of Montréal en Lumières, after a creation residence in Gésù.

The labyrinth’s Myth in dance. 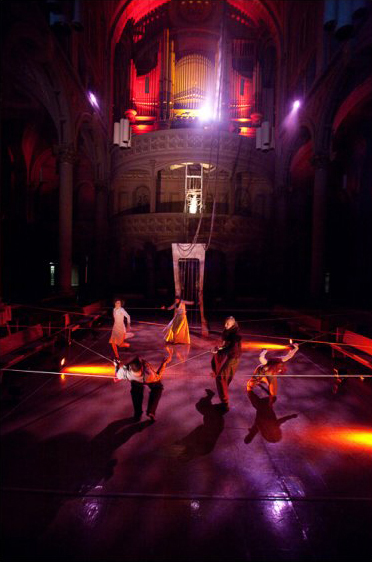 Le fil rouge at the Gésù

Note that there was a singer who sang live during the event above these sequences. The mix without reverb has been though for the event which took place inside a big church.